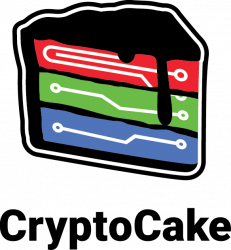 CryptoCake™ is developing the world’s first-ever streaming 24-hour Crypto TV News and entertainment Channel. CryptoCale is a subsidiary of Web Blockchain Meida (WEBB) The channel will be devoted to emerging digital currencies, NFT's, blockchain and fintech technology news, shows and information. The Channel  will first stream on the CryptoCake social media handles such as YouTube, Twitter and Instagram. Then eventually port over to Amazon Fire, Apple TV, GoogleCast, Twitch and Roku players. All of the content for this digital currency TV channel will be produced, distributed, and owned by CryptoCake. CryptoCake plans to move into more traditional satellite and cable TV markets such as DirectTV, Time Warner, Dish and Cox Cable.

CryptoCake also aims to syndicate part of the show lineups to Netflix along with other numerous foreign satellite and cable providers. CryptoCake plans to also stream on mobile devices as well as on the cryptocake.com website.

Email me jobs from CryptoCake