We're looking for an enthusiastic IT manager to help us build out an IT team to support 5+ products and 500+ people, set standards and pave the way for new technology.
The ideal candidate is someone who’s been in the trenches of a growing IT organization and helped shape it as it did. They’re excited about the prospect of joining a relatively small team on the cusp of explosive growth and turning it into a high performing machine.

Bonus points if you have the following: 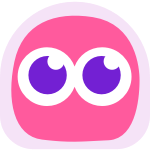